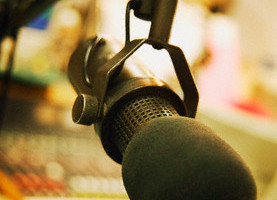 Will Housing Become a Canadian Value?

On Friday, September 30, affordable housing community leaders attended the Toronto Housing Summit. At the gathering, there were discussions with the mayors of some of Canada’s largest cities, housing ministers, and people working in the housing sector. This was not the first time that this group has gotten together to talk and plan; however, I would argue it was the most optimistic gathering in well over a decade. The energy in the room was palpable, as was the shared commitment to address Canada’s housing crisis by moving ahead with the promised, much-needed National Housing Strategy.

Every year when the weather turns colder, we talk about how to shelter people from the winter weather. We set up temporary shelters in places of worship in an effort to prevent people from freezing to death. But some of us have given up on the idea that we can do anything to address the root causes of this problem. Too many people have resigned themselves to the belief that the issue can’t be solved; we’ve come to accept that there will always be homeless men and women in our society, those who are simply beyond help.

The summit gave me hope that this narrative is changing, that we might be at a tipping point when it comes to our national housing crisis. The mayors want to end homelessness. They know it is a moral imperative that we resolve the issue. Mayor John Tory could not have said it better when he pronounced, “It costs more NOT to act than it does to act, both financially and socially.”
So where is the stumbling block? Because of the way our government’s powers are divided, it is sometimes easier and seemingly more cost effective not to address the problem. For example, real savings occur to our provincial health system when decent housing is provided. However, housing is, by and large, a local matter. Therefore, the city has the spend without the full offsetting economic advantage that good, long-term decent housing provides on health outcomes.

I believe we have reached a critical point in Canada where our National Housing Strategy must incorporate the value that Housing is a Human Right. It’s only when we speak about housing as a basic right and fundamental Canadian value that true advancement in this cause can be made.
When you ask someone living in good circumstances what rights they appreciate the most, they may speak of freedom of the press, or mobility, or casting a ballot. If you ask a man or woman living in a shelter that same question, the answer will instead turn to a desire for the right to health care and decent housing.

This is where the third-sector, the non-profit sector, has a crucial role to play. We must do more to advocate with, and on behalf, of the homeless men and women who come to us for support.

We must harness the momentum created at Mayor Tory’s summit and be the agents of change to move a National Housing Strategy forward so that housing becomes both a fundamental Canadian right and a reality on our streets.

Neil Hetherington was CEO of Habitat for Humanity in Toronto and New York City, and is now CEO of Dixon Hall Neighbourhood Services, a multi-service non-profit agency located in Regent Park, which operates two shelters and provides vital supports to Toronto’s Out of the Cold program.[/vc_column_text][/vc_column][/vc_row]